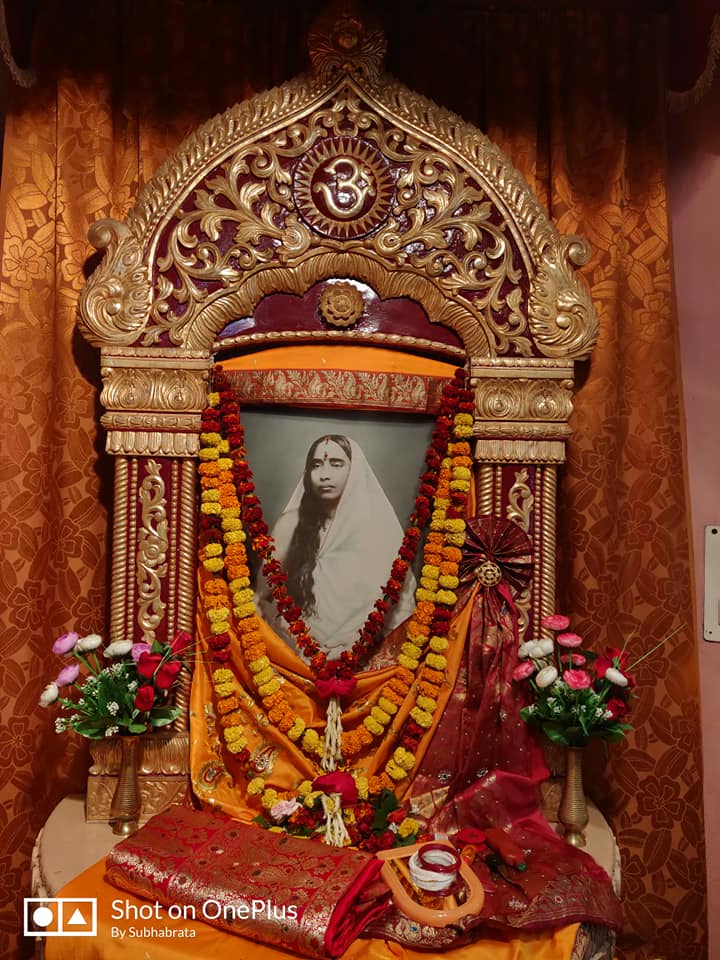 Rumours spread to Kamarpukur that Ramakrishna had turned mad as a result of the over-taxing spiritual exercises he had been going through at Dakshineswar. Alarmed, Chandra Devi brought him home and arranged that he might have the best medical care available in their village. The doctors who examined him declared that there was nothing abnormal about him. Chandra Devi who studied him closely also found he was absolutely normal. As he had always done, Ramakrishna sang songs, told stories, cut jokes and made people laugh. That is all. He was interested in everything except in the financial affairs of the family.

Chandra Devi’s neighbours advised that if Ramakrishna could be persuaded to marry, he might then be more conscious of his responsibilities to the family and accordingly pay more attention to its financial needs. Chandra Devi started looking for a suitable bride. She did not want Ramakrishna to know anything about her plan , for she feared that he might see marriage as a hindrance to his spiritual progress. Ramakrishna, however, came to know, and far from objecting to the marriage, began to take an active interest in the selection of the bride. He, in fact, mentioned Jayrambati, three miles to the north-west of Kamarpukur, as being the village where the bride could be found at the house of one Ramchandra Mukherjee. The bride, six-year old and bearing the name, Sarada, was found. The marriage was duly solemnized in 1859; the bride went back to her father’s house and Ramakrishna to Dakshineswar to resume his spiritual practices.

Years passed and the bride and the bridegroom seldom met. Sarada continued to live at her father’s house, helping her poor peasant parents with the usual chores of feeding the cattle, carrying food to the paddy-fields for labourers working for her parents, cooking, cleaning, looking after the younger brothers, and so on. Once famine gripped Jayrambati and its surrounding areas. Starving people went about searching for food, but there was no food anywhere. It so happened that Sarada’s parents had saved some food grains that year. They decided to cook some food everyday and distribute it to the starving people, fresh and hot. Sometimes, the hungry people would burn their fingers in eating hot food. Sarada, still a tiny girl, would fan the food to help it cool. She did it on her own.

began to gossip about her misfortune. They would say that her husband had gone mad. Sarada overheard such remarks and was naturally very disturbed. She decided to go to Dakshineswar and see for herself the condition of her husband. She went and found her husband quite normal. She stayed with him for some time and then returned to Jayrambati. After some years, she permanently stayed with him .

In a way, Sarada Devi was Ramakrishna’s first disciple. He taught her as much religion as philosophy. He taught her everything he had learnt from his various Gurus. Ramakrishna must have been pleased to see that she mastered every religious secret as quickly as he himself had done, perhaps even more quickly. Impressed by her great religious potential, he began to treat her as the Universal Mother Herself. Once she asked him what he thought of her. He said, ‘I look upon you as my own mother and as the Mother who is in the temple.’

Before passing away, in 1886, Ramakrishna made Sarada Devi feel as if she was the mother of his disciples, nay of the entire humanity. At first, Sarada Devi was shy about playing this role, but slowly, she filled that role, and even became a religious teacher in her own rights.

For the thirty-four years or so that she lived after Ramakrishna’s passing away, she inspired people, both monastic and lay, with the ideals that Ramakrishna himself had preached and practised. She did this in the same way as Ramakrishna – she lived those ideals. But her life was more testing and complicated than Ramakrishna’s. Being an ideal monk, Ramakrishna always kept away from the cross-currents of a family life. He loved to watch the fun called life but was careful enough never to be drawn into its maelstroms. Sarada Devi, on the contrary, was at the very heart of it. She was the head of a large family comprising men and women, most of them not even distantly related to her. And what an assortment of characters they were! Some of them were great souls by any standard, but there were also some who were mean, jealous, and positively mischievous. She managed to keep them all together without losing her balance of mind. And each of them was convinced that she loved him or her the best. They were all of them dependent on her, not only spiritually but also materially. She was not only their ‘mother’ but also their guru. She gave them full satisfaction on both scores.

Sarada Devi had a hard life from beginning to end. As daughter, wife, and finally, as the beloved mother of a large community of people cutting across race and language, there were demands on her much more than a woman in her circumstances normally has to meet. She fulfilled them in a manner possible only for her. But what is remarkable is that, in the midst of all her cares, she maintained a degree of aloofness which Hinduism attributes to the highest and best among men and women. Through the skein of the varying situations which she faced, she remained absolutely calm and equipoised as if these were no concern of hers. Her fortitude, courage, and wisdom, tested again and again, amazed everybody.

But the most amazing thing about her was her renunciation. a quality she shared with her husband in a measure equal to, if not more than, his. She often found herself in a situation in which starvation seemed certain, but under no circumstances would she seek aid from any quarter. Even when her disciples had grown to a considerable number and there were people among them with means to keep her in comfort and also anxious to be of service to her, she would never so far as even drop a hint that she had any difficulty or she had any hankering.

But the trait of her personality, which used to draw innumerabable people, men and women, good and bad, rich and poor, young and old fowards her irresistibly was her Universal Motherhood. She would often say, ‘I am as much the Mother of the good as of the bad. …I shan’t be able to turn away anybody if he addresses me as Mother…If my son wallows in the dust or mud, it is I who have to wipe all the dirt off his body and take him to my lap.’

She taught not by precepts but by examples. There were irritants galore in the way people around her behaved, but she was an indulgent mother who knew the best way to educate an erring child was to set an example before him, which she did. She had seen the worst side of man, but she never lost faith in him, knowing that, given affection, sympathy, and guidance, he could overcome all his limitations.

She was human, yet divine. Her divinity shone through everything she did, even if it was something entirely mundane. She was a simple woman, but in thought, speech, and action she was attuned to God. She was a true saint, but she never claimed she was. She passed as an ordinary woman, but everything about her was extraordinary.