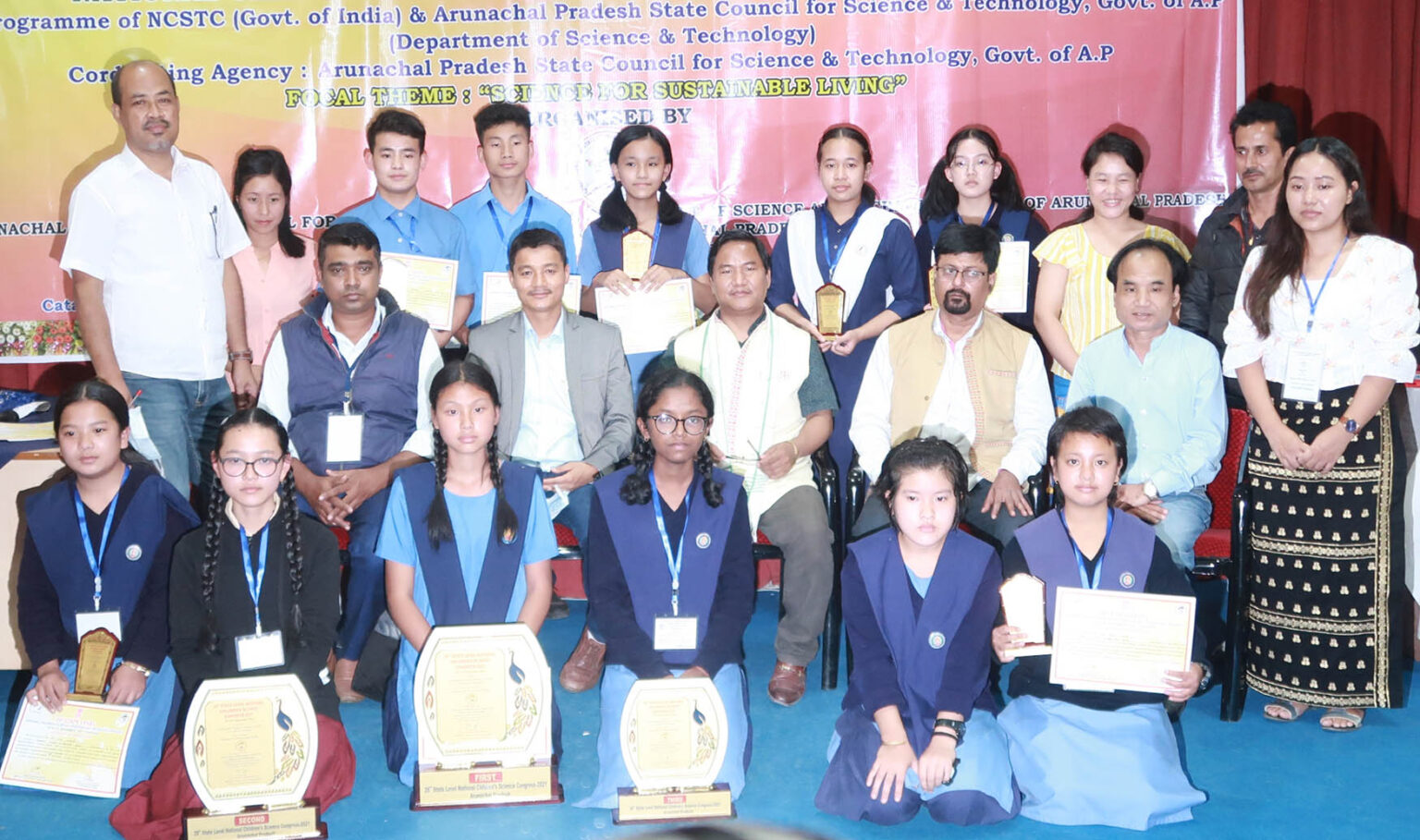 APSCS&T joint director Bamang Apo, in his valedictory address, urged all teachers to motivate students to take part in NCSC and other scientific activities and choose science as a carrier.

Terming child scientists, who were selected at district level events as torch bearers, he urged them to inculcat scientific temperament and innovative idea through their projects and propagate scientific awareness in the society. He called upon escorting teachers to make all out effort to encourage the budding scientists to take part in such events to get national exposure.

Top 10 projects were selected for national level NCSC scheduled during December 27 to 31 next.

Second group member of best two projects will get an opportunity to present their projects at the session of Indian Science Congress, scheduled in January next. The participants were awarded with prizes, mementos, and certificates.